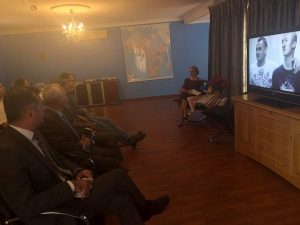 In Russia currently there are over During the event Ukrainian poet Myroslav Laiuk will read his poetry. The movie about Ukrainian Political Prisoners will be shown and discussion about “silenced voices” will be held.

Post Tags: Partners: Embassy of Ukraine to South AfricaWhat we do: Supporting Ukraine

🇺🇦Ukraine has rich cultural traditions and i

Turn on your good vibes with Ukrainian School in S

🇺🇦🇿🇦UAZA is always trying our best to

An unbelievable story that brings hearts of Ukrain

Connections between #Ukraine and #SouthAfrica are