UWC’s Virtual Commemoration of the 87th Anniversary of the Holodomor 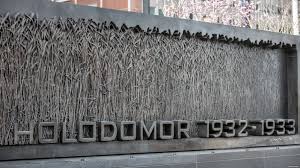 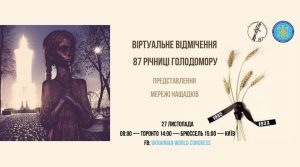 Please join the UWC International Coordinating Committee for Holodomor Awareness and Recognition at the UWC’s Virtual Commemoration of the 87th Anniversary of the Holodomor. Premiering the International Network of Descendants of Holodomor Victims.

The Holodomor Commemoration will be broadcast online, on:
FB:Ukrainian World Congress

UWC calls for all Ukrainians and friends of Ukraine to support a campaign to get the term HOLODOMOR included in all major English language dictionaries. We’re asking for your support to share the campaign widely, and to sign the petition.

On the 9th of March, #Ukrainians around the world