Socio-economic Connections Between Eastern Europeans ( Ukraine, Poland And Others ) In South Africa

Socio-Economic connections between Eastern Europeans (Ukraine, Poland and others) in South Africa Objectives:
1. to map key migration processes from Central and Eastern Europe to South Africa
2. to understand the present areas of contributions
3. to discuss the integration
4. Where to from here?

Conference background:
South Africa is home to a range of ethnic and religious groups from Central and Eastern
Europe (CEE) who migrated for political and socio-economic reasons.
Multiple historical factors that affected migration:

CEE communities have established organisations to maintain their identities and to
contribute to the socio-economic development of South Africa and relationships between
the two regions.

The Programme of the Conference 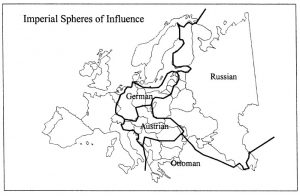 Spheres of influence of the Central & Eastern European Empires – adapted from Aarebrot and Berglund, 1995

If you would like to include the academic researching that links to Socio Economic connections between Eastern Europeans and South Africa please fill out this form.

All questions or requires about the Conference send to [email protected]

🇬🇧Thank you for your active support at the

Dear Friends! ⏳We start the countdown - this Sat

On the #heritageday in #southafrica, Ukrainian Ass